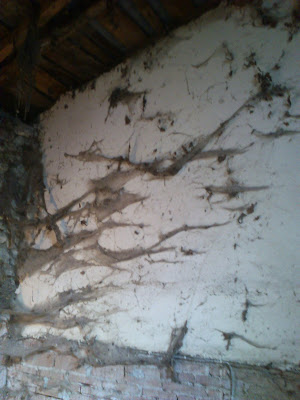 Spider webs, anyone?
Well, up to a point, because there is another job as a result of our new roof – or at least as a partial result of that work. This self- inflicted job consists of cleaning out the grange which is our all purpose store, for packaged food, clothes we are not quite prepared to junk, ditto crockery, jam-jars waiting to be filled, wine waiting to be put in the cellar. We (that is I) can sweep the floor all we want – the problem lies with 33 years of undisturbed spider-webs. I feel a bad attack of being Dutch coming on.
Posted by doina percival at 12:34 PM