Playing with fire in Dordogne


Two of my favourite men were in front of the sitting room fireplace. Granpère was kneeling and muttering imprecations in alternating languages. Petit fils no:1, Nathan, swinging a small plastic jug, had stopped playing with his bath-toys in the bidet to watch 'Granpère'.   Nathan was muttering random questions in French and received unintelligible replies.

Nathan returned to his game. He opened the bidet taps. Grandmère, (me, aka 'Oma'), stormed into the bathroom.   Sighing she turned off the taps very firmly, returned to the kitchen to put more logs into the hearth of the kitchen range. She nudged them with the poker to make stand up. This way heat/flames would go straight up to the hotplate.   It was nearly lunchtime.

Granpère stormed into the kitchen. ‘I can’t get the wretched fire to light. Must’ve used at least four fire-lighters and two big fir-cones. Give up.’ He opened a fridge door, got out all the makings of a gin tonic, got in Oma’s way as she was fiddling with the range fire. 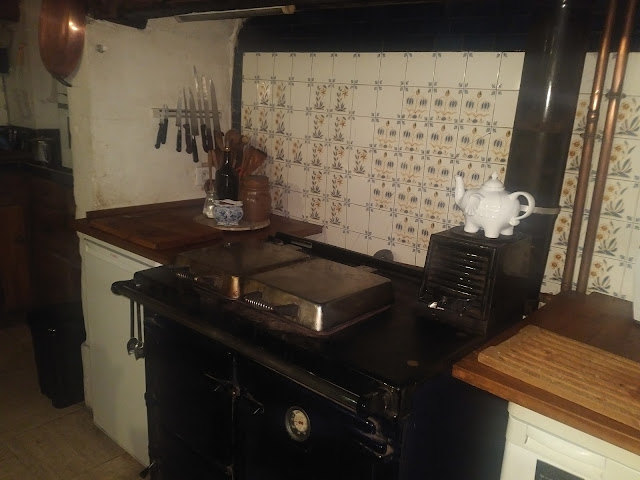 Lunchtime was called. Nathan let the water out of the bidet, first washing his hands, then pulled the bathmats over the puddles.

Lunch was eaten and both Nathan and Granpère left the kitchen to have their siestas, full of food and goodwill. Nathan talked to his peluches for a while before falling asleep. Granpère read a little, then fell asleep.

Oma went outside to select more logs for the range. This time she wanted half moon logs to put their flat sides down on the embers. This, she knew, would slow the burning so that the range would not need attention for the rest of the afternoon.Especially if she found oak logs.  She turned the draft control so that heat would be directed to the boiler for central heating.

Feeling curious, Oma went to look at the sitting room fireplace. She pushed at the blackened logs with the poker, moved the ashes with the tin dustpan. That was odd, both were extremely damp. Sighing (it is what Omas do best) she removed the damp logs and ashes.

Then she got some newspaper, rolled fire lighters in it and put them at the back of the hearth. Over these she laid some kindling, twigs covered in lichen, pieces of bark and crushed cageot, in a criss-cross pattern, tucked a couple of small fir-cones either side. All of it very flammable. She reached for the matches on the mantel, lit the newspaper, stood back to watch. A few twigs later the fire was ready to receive proper logs, crossed over each other and balanced on the fire-dogs.

Later that day Nathan’s Papa arrived to collect him. But he was distracted by Granpère’s offer of whisky English style. They sat before the sitting room fire and enjoyed their drinks with desultory franglais conversation between them.

Nathan was sitting in the next room. He was playing with a box of matches, tipping them out of the box, then putting them back, all with the red bit at the same end. He tried to see if he could make a little flame, like Granpère and Papa could. Suddenly Papa was standing there, scolding about the dangers of matches, fires, everything. Nathan’s lip trembled,’ mais Papa, j’ai étient l’incendie que Granpère à fait...’ 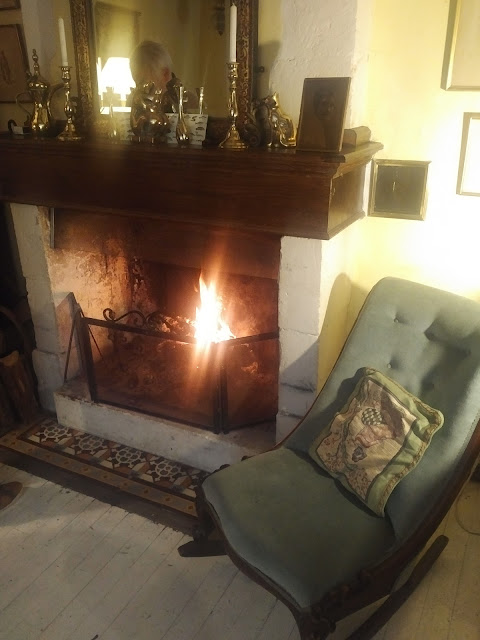 What Granpa did next....
Posted by doina percival at 10:36 AM No comments: