It was only after several days of sitting happily on La Chaise main house terrace, sheltered by the vine and the wisteria, soothed by glasses of wine that I realised something was missing. Something important that was usually very, very present, that usually troubled my calm.


As I gazed at the geraniums on the balustrade, the ivy sneaking up at them from below, I saw last year’s wasp trap tangled in the climber. Then it struck me.

What was missing were the wasps, the bees and even the nasty little Asian hornets were very much not present. I had only seen one dopey full sized hornet inside the house.
Normally I sit on the terrace a little nervously, trying to guard my wine and food 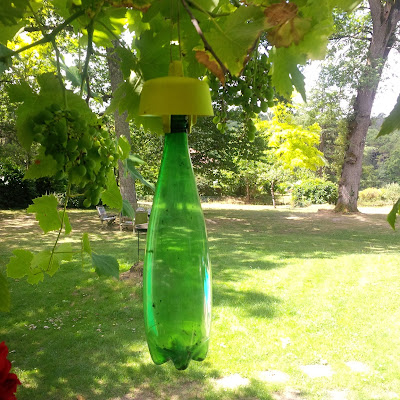 The wasp trap is an empty plastic Badoit bottle clasped by a neat yellow gadget invented by an ingenious Italian. Despite the fact that my body reacts very badly to wasp and hornet stings I do hate to see them drowning. Bees seem to have more sense than to be tempted by dilute but strongly scented honey.

This worried me quite a lot. So I telephoned the local Chambre d’Agriculture in Perigueux to see if there was an expert who could explain. There was a bee specialist and he did explain. Apparently the weather in the beginning months of this year in the Dordogne had been so unstable, predominantly wet, that the queens of the vespidae had not been able to breed. ‘ But after August 15th,’ he said,’they will be back.’

August 15th is another pivotal day of the French July-August holiday season. Then millions of holiday makers will be on a chassee-croisee of the French motorways – it is changeover time! Fingers crossed that the wasps do not return until everyone is settled.

Posted by doina percival at 10:19 AM No comments:

Seen in the woodshed...

Seen in the woodshed yesterday......! 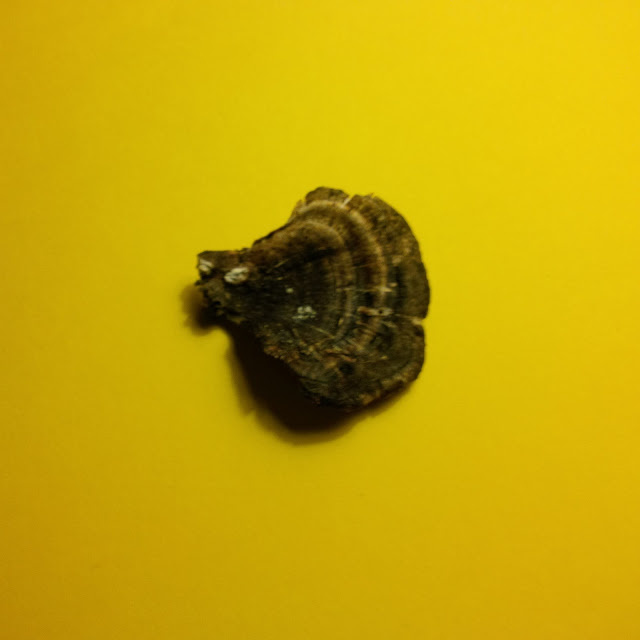 Actually, it is only a dried wood mushroom and small at that....
Posted by doina percival at 2:49 AM No comments:

Dog days in the Dordogne

On Monday 18th July I received a warning e-mail from St Aquilin Mairie – pre-alerte jaune canicule – which had been initiated by the Prefecture de la Dordogne. The colour indicates the importance of the warning – rouge is the highest..

Proudly I mentioned this to my daughter as we were with baby boy in the pool. It was hot. She swiftly brought me down to earth. ‘You got that because you are old. Old people don’t drink enough when it is hot, water I mean.’ Baby splashed. ‘ Chickens don’t either,’ she continued,’which is why battery chicken farms have such a high mortality in extreme hot weather.’

The following Tuesday the temperature peaked at 38 C.


It takes Northern peoples some time to get round to the idea that when it is hot all doors, windows, shutters and any other apertures, should be closed. Some shutters at La Chaise will not shut because of the window boxes. These I close as far as possible and hang an old sheet over the gap. This time I first made the sheet wet.

I even hung a wet sheet over the doors to the conservatory but this year could not reach it with the hose to soak the cane protection on the roof.

Inside one has as few lights on as possible – lights give off heat plus the impression of heat. Everywhere we had fans going, tall fans on stands and table top ones. Although all that they do is to move hot air around, it feels like a breeze and anyone who is perspiring will feel immediately cooler.


I even thought of wetting the terracotta roof tiles of the chicken house. But our chickens are sensible: they hide under bushes.
Posted by doina percival at 3:17 AM 1 comment: