Coming back is so very hard to do...

We arrived at La Chaise early in the pink-streaked evening.  The sitting room fire had been lit, as had the Rayburn, the warm smell of chestnut smoke greeted us as we left the car.  And a small, screeching grandson heralded us by hurling golf balls in triumph. All was well - but very different from Sant Feliu on the Costa Brava.

A rude awakening the following morning for I had forgotten to feed the Rayburn with its night-time snack.  It was stone cold. A fast sortie to the wood for kindling and thin logs to get it going again.  Fortunately the chickens take their anti-flea baths by the wood pile, so many scraps of wood surface.
No time for finesse, some scrumpled paper, several (paraffin!) firelighters, the wood scraps on top and  scatter lit matches.   All draught controls open, Rayburn was in a forgiving mood, so lit easily and was soon warm. Range toast and fresh eggs poached, only missing was home-made marmalade, otherwise a real country breakfast.

A walk round the fields and woods after lunch, seeing decay and growth all round.  A new crop of mushrooms, like overgrown lichen, on an oak stump, digesting and reducing it to soil.

Then further into the woods, to admire the spreading moss in all its lush green glory, imitation of bracken fronds, nano palm trees, all working to reduce these pine tree stumps to mulch. 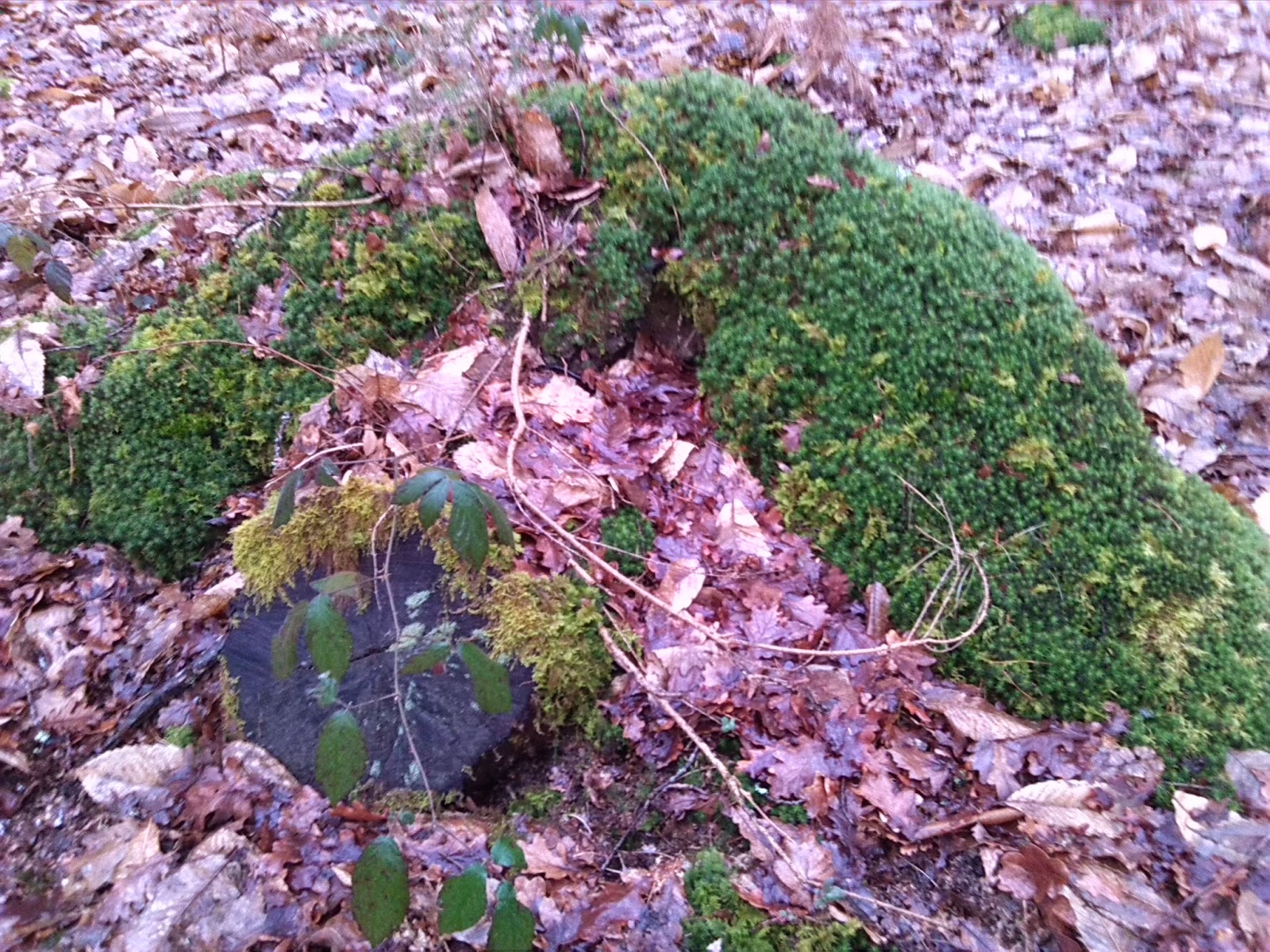 Here the raised roots are all covered by the mosses, the cut side of the stump is just being colonised, a few spots of lichen attempting to install themselves in competition.
Full of thoughts, I got back to the kitchen to re-stock the Rayburn.   A good bed of embers meant I had no need of matches.   Lighting fires without matches is a little country challenge created by rural masochists.    But I had remembered to bring back some fir-cones which greatly help with combustion.

Mildly pleased with my forethought, I started to sweep the kitchen floor.   Fires are very messy, not just in terms of soot, cinders and splinters but also for the dust, dust, dust everywhere. A shock and my brain re-engaged with reality, reality at the foot of my broom.   A peacock butterfly lay spread on the floor.  Quite out of season.   I can only assume it came in with a log, on which it was hibernating, almost invisible, and the warmth brought it out of its torpor.

Using a stiff sheet of paper, I lifted it off the floor and it closed its wings.  Placed on the earth of an empty window box, it was practically invisible - which is probably why I missed it on the log.  Perhaps when I am back again, this coming summer, I shall see its offspring everywhere.   We have a good nettle nursery for the eggs. 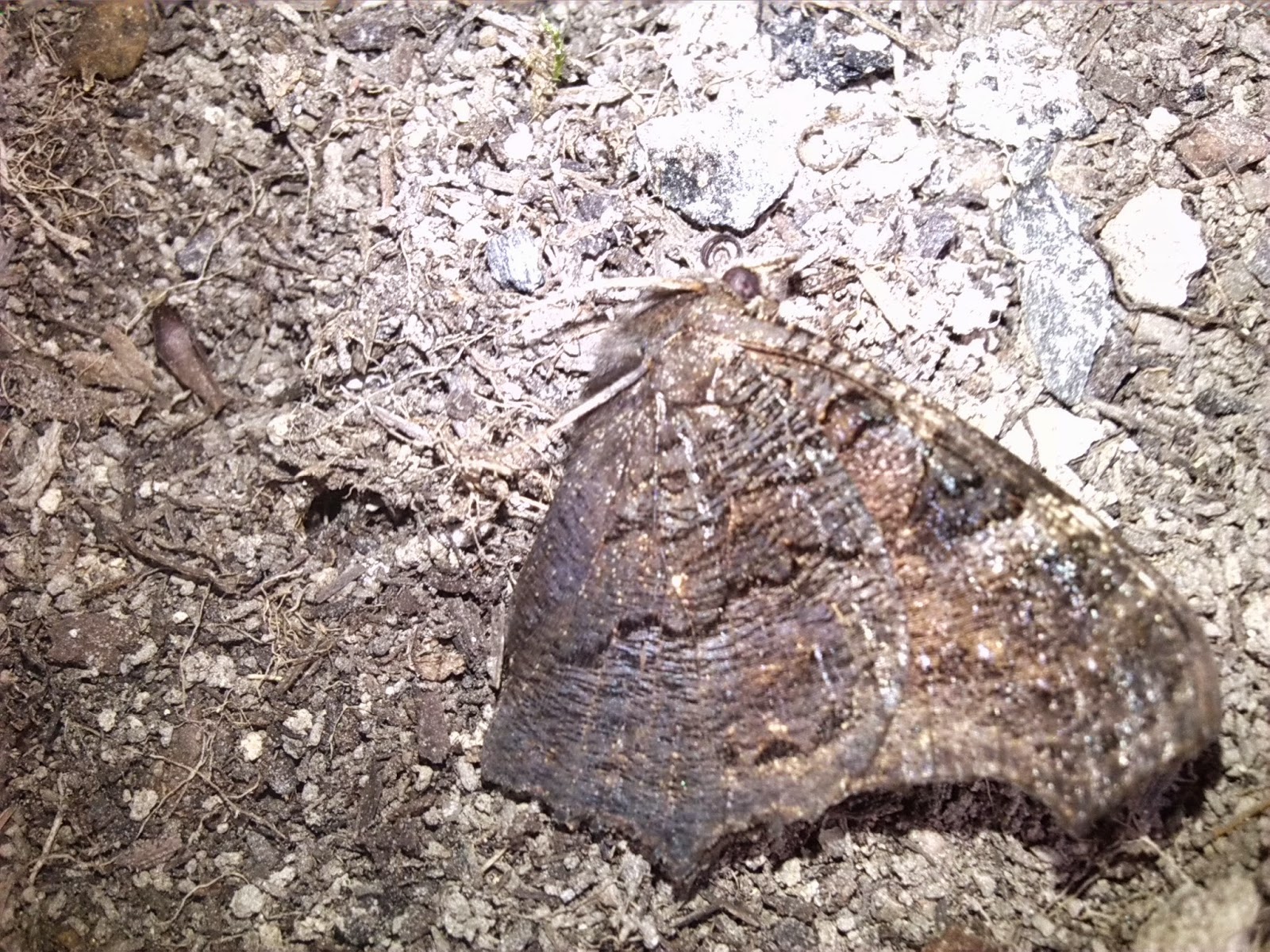 Posted by doina percival at 2:58 AM No comments: