This last week - starting May 10 - has seen the greatest blossoming/presence of wild orchids at La Chaise since....oh, since we have been here some 40 years ago.....Sadly with the joy of such rare plants come human quarrels....this because the grasslands of La Chaise have been let to a random local person who is entitled to take the hay from the fields. And this person is using the phrase 'exploit' in its more pejorative sense.

We have had orchids at La Chaise before - in fact the sheep used to rest on the biggest display of 'lazy purples' regularly seen under the corner ash tree in the main field.   But this time we have had some truly exotic ones - stems decorated with imitation bumble bees, some with flies - there was even one known as the 'hanging man' orchid because it seemed there was a skinny green skeleton hanging inside its petals. 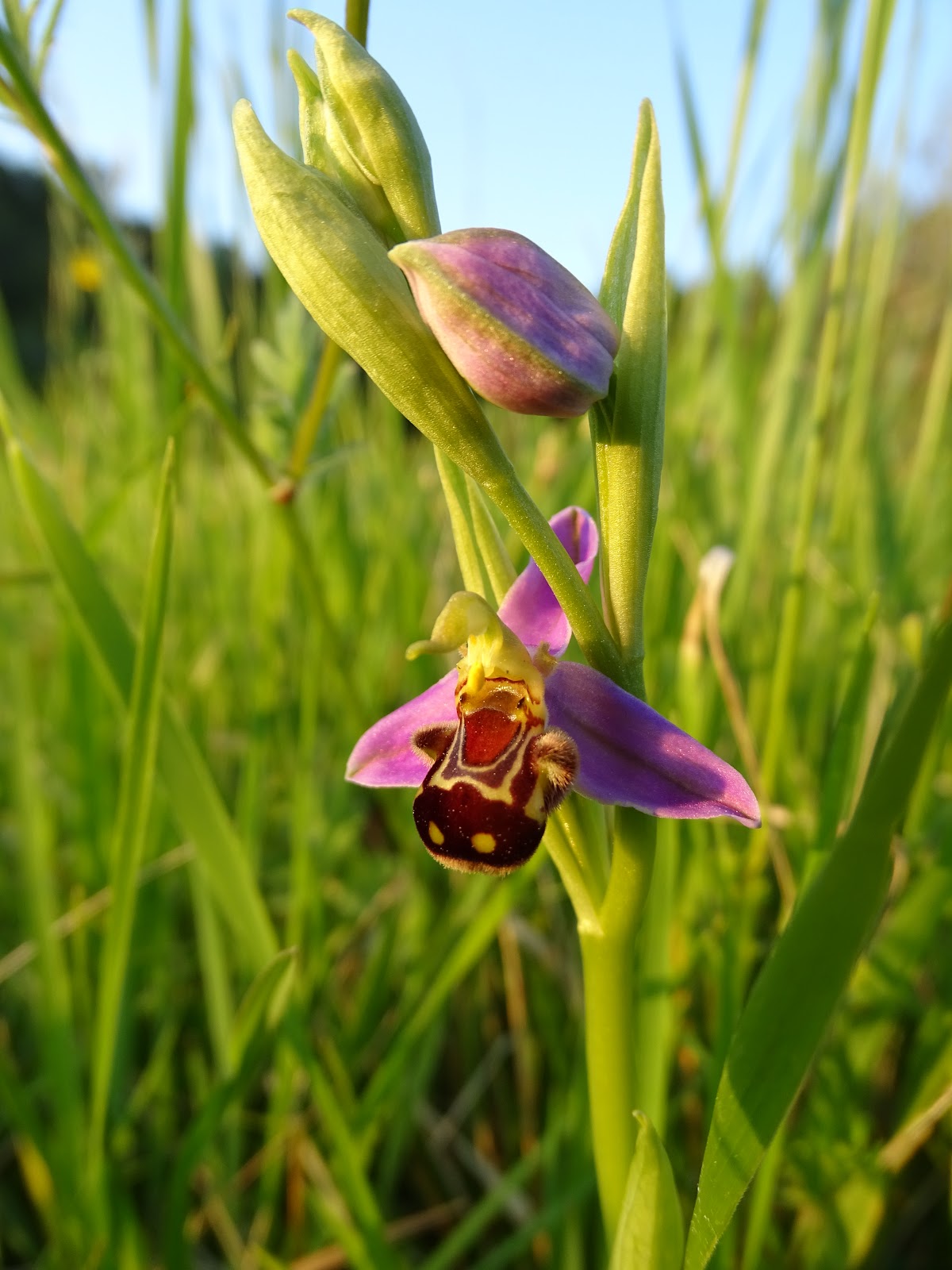 But what has been different this year is that there has been a greater show of public interest - and consequently administrative interference....Official bodies have been set up to 'administer' the life of these flowers....what are know as 'arretes' in french are issued that threaten fines on any one who is know to have destroyed orchids.  Of course if one is haymaking it is difficult, given the size of present day hay-making tractors, to skim round a fragile plant which sometimes is no higher than the grass

So this year, Stephanie who is our 'gardienne' at La Chaise and is highly qualified in the subject of wild flowers, put stakes and warning ribbons round the plants...fortunately most of them were near existing fencing so it really should not have been a problem. Equally fortunately the plants are very short lived - possibly not more than a week for the whole cycle from emergence to flowering to fruition - eventually the 'exploitant' agreed to differ his mowing until he was called.   He is probably sacrificing many things, praying very hard, that the May meteo stays clement - so far no sign of rain.

My suggestion for a collective noun?   A profusion.....